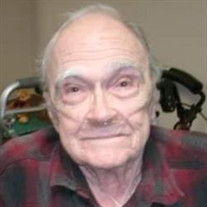 William “Bill” G. Wacker, age 80, of Savanna, IL, passed away Friday, January 8, 2021, at Morrison Community Hospital. Family and friends are invited to share in Bill’s life at lawjonesfuneralhome.com. Bill was born February 9, 1940, in Savanna, IL, the son of William A. and Velma (Skow) Wacker. He attended Savanna schools, graduating from Savanna High School with the class of 1959. Following high school, Bill was drafted into the United States Army and was deployed to Korea, where he honorably served his country. Upon returning home, Bill went to work for GE in Morrison, IL, putting in 37 years for the company before his retirement. He would also help out with his father’s Texaco Station and wrecker service, often offering to go on calls with him. In his free time, Bill loved to hunt and fish, and in his retirement years, developed an affinity for golf. Bill is survived by his two sons, William (Kat Pierce) Wacker, of Clinton, IA, and Christian (Kathy) Wacker, of Preston, IA; two grandchildren, Nicolas (Amy) Wacker and Victoria Wacker; a great-granddaughter, Leah; and two sisters, Kelly (Kirk) Raab, of Warren, IL and Ruby (Harlan) Law, of Savanna, IL. Bill is preceded in death by his parents, William A. and Velma and his brother, Richard Wacker.

The family of William G. Wacker created this Life Tributes page to make it easy to share your memories.

Send flowers to the Wacker family.