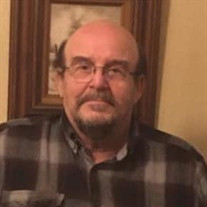 William “Bill” Croschere, age 71, of Chadwick, Illinois, passed away Saturday, June 20, 2020 at CGH Medical Center, Sterling, after a sudden illness. A Celebration of Life and will be held at a later date. Memorials may be sent to St. Jude’s or the Salvation Army (his favorites). William was born September 13, 1948 in Chicago, the son of William Henry and Elizabeth (DeCarlo) Croschere. After high school, Bill worked with his father in the family duct cleaning business and construction. He then owned and operated five antique stores in Wheaton and Lombard for many years. He was known as Mr. Antique and enjoyed helping others learn about and buy great antiques. He later worked at Syms Clothing Store. On July 13, 1990, Bill married Christi Harder. After Bill met Christi, they found out that their fathers had known each other for several years, as Bill’s dad had cleaned ducts at the Tannery where Christi’s father worked as a Leather Finisher, and they had struck-up a friendship. Later when Bill and Christi retired in 1999, they moved to Chadwick where they enjoyed the peace and quiet of a friendly small town. It would be nothing to meet Bill as he was handing you a Tootsie-Pop, just to give you a smile. He was a gracious man and kind-hearted, always keeping up his tradition of handing out “Christmas cash” to someone less fortunate as him. Through life, he enjoyed outdoor sports including hunting, fishing, snowmobiling and motorcycle riding. Bill will be dearly missed by his wife Christi of Chadwick; three step-children, John (Laura) Readdy of Chadwick, Kevin (Cheryl) Readdy of Princeton, Kentucky and Lorinda (Richard) Kudrna of Aurora, Illinois; two grandsons, Jake and Jared Readdy of Lakewood, Colorado; a brother, Frank (Luz-Maria) Croschere of Surprise, Arizona; and a sister, Lisa Weisman of Surprise, Arizona. He is preceded in death by his parents, and a brother, Charles.

William &#8220;Bill&#8221; Croschere, age 71, of Chadwick, Illinois, passed away Saturday, June 20, 2020 at CGH Medical Center, Sterling, after a sudden illness. A Celebration of Life and will be held at a later date. Memorials may be sent... View Obituary & Service Information

The family of William "Bill" Croschere created this Life Tributes page to make it easy to share your memories.

Send flowers to the Croschere family.