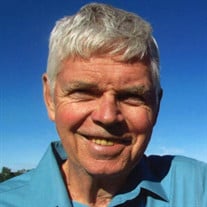 Wayne E. Schneider, age 76, of Preston formerly of rural Miles, passed away Wednesday, March 25th, 2020, at Stonehill Health Center in Dubuque, IA. A private family funeral will be held at St John’s Lutheran Church in Preston, IA. A celebration of Life will be held at a later date. Wayne was born on October 6th, 1943, son of Ernest Schneider and Lois (Strait) Schneider. He grew up on a heritage farm that dates back five generations. Wayne graduated from Preston High School in 1961. It was in high school when Wayne met the love of his life, Judy (McNeil) Schneider. The couple spent the remaining years of school getting to know each other. Wayne would call Judy every night to talk, much to the chagrin of her neighbors who shared the party line. After high school the two would officially start dating, and in 1965 they married at St John’s Lutheran Church in Preston. Together they celebrated 54 years of marriage. Wayne and Judy moved to the family farm in 1972, and stayed until late 2019. Wayne was a perfectionist when it came to his work. As well as working at the farm, he installed floors in many homes around Preston and Miles. Wayne loved hunting and fishing. He was a member of both Pheasants Forever, and The National Rifle Association. Wayne was fun loving and could be quite the jokester. He was a proud grandfather, and took great joy in watching his grandchildren compete in school sports or perform at band concerts. Wayne will be dearly missed by his wife Judy Schneider of Preston; two children, Pamela Sue (Roy) Trenkamp of Waterloo, IA, and John Wayne (Christina) Schneider of Goose Lake, IA; seven grandchildren, Emily, Collin, and Allison Trenkamp, and Kaleb, Gaven, Cora and Eva Schneider; and two sisters, Sandra (Gene) Zeimet of Urbandale, IA, and Connie (Hank) Battleson of Gaffney South Carolina.

The family of Wayne E. Schneider created this Life Tributes page to make it easy to share your memories.