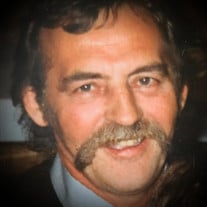 Thomas J. Gregorich, age 76, of Maquoketa, IA, passed away Thursday, January 21, 2021, at University of Iowa Hospital, in Iowa City. A funeral mass will be held at 10:30 a.m., Thursday, January 28, at St. Joseph Catholic Church, in Preston, IA. Visitation will take place from 4pm to 7pm on Wednesday, January 27, at St. Joseph Catholic Church, as well as one hour prior to the funeral mass on Thursday. Burial will take place in St. Patrick Cemetery, Bernard, Iowa. Tom was born July 29, 1944, in Maquoketa, IA, the son of George M. and Mary (Zupanc) Gregorich. He attended St. Joseph Catholic School in Key West, IA. Tom then entered the United States Army, and was assigned to the 101st Airborne “Screaming Eagles” Division, where he honorably served his country as a paratrooper and parachute rigger. After his time in the service, Tom went to work for Purina in Clinton, then decided to enroll in gunsmith school. There he learned valuable machinist skills, and graduated in the top 5% of his class. Following graduation, he secured a job at the Rock Island Arsenal, from which, he ultimately retired. But retirement wasn’t the end of Tom’s work. He opened a gun repair business in Maquoketa, where he, using his skill as a master gunsmith, was not only able to make ordered parts repairs, but also create custom parts from scratch for his trusting customers. Tom was a true craftsman and was rightfully proud of his work. In Tom’s younger years he enjoyed hunting small game, and even into old age, he enjoyed target shooting and was a member of the Isaac Walton Sporting Club. Tom will be dearly missed by his son, Frank Gregorich, of Maquoketa, IA; three brothers, George (Lisa) Gregorich, of Goose Creek, SC, Larry Gregorich, of Bellevue, IA, and Robert Gregorich, of Preston, IA; and numerous nieces and nephews. Tom is preceded in death by his parents, George M. and Mary, and sister-in-law, Dianna Gregorich.

The family of Thomas J. Gregorich created this Life Tributes page to make it easy to share your memories.

Send flowers to the Gregorich family.