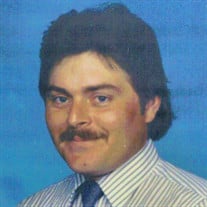 Steven Crandall, age 63, of Hanover, IL, passed away Thursday, April 22nd, at FHN Memorial Hospital. Cremation Rites have been accorded. A celebration of Steve’s life will be held at a later date. Steve was born in Manchester, IA, on February 24th, 1958, son of Paul and Annella (Jones) Crandall. Steve grew up in the rural parts of Northeast Iowa. He attended Starmont Community High School in Arlington, IA, where he played baseball and participated in musical activities. Steve graduated from Starmont with the class of 1976. After high school Steve played with multiple bands in the local area, covering songs from bands like The Beatles, ZZ Top, and AC/DC. Music had always been one of Steve’s loves, be it playing guitar, piano, or singing. Steve attended Highland Community College in 1981. After attending Highland Steve settled down in Hanover. Steve worked with maintenance at Chestnut Mountain and Invensys for many years. He could fix nearly anything, from plumbing and electrical problems to HVAC. Steve eventually entered into business with his brother as owner/operator of PARKS LLC, a corporation that he ran until the time of his death. Steve was an avid sports fan, specifically when it came to his beloved Cubs and Hawkeyes and loved to listen to games on the radio. He had his own superstitions and rituals for when it came to watching games. During Cub’s games he would drink from blue straws, and he had yellow straws for Hawkeye’s games. At the center of Steve’s life was his children. He loved being a dad and was always there for his kids. The family especially enjoyed trips to Adventureland together, as well as fishing trips. Steve also loved being a grandfather, and typically spoiled his grandkids, who thought the world of their “Papa.” Steve will be dearly missed by his three children, Jonathan Crandall of Hanover, Courtney Crandall of Hanover, and Chelsea Crandall (Mikey Liberg) of Hanover; three grandchildren, Kali Crandall, Brantley Liberg, and Paisley Liberg; and one sister, Karla (Steve) Waltner of Chesapeake, VA. Steve is preceded in death by his parents, Paul and Annella, and his brother, Randy.

Steven Crandall, age 63, of Hanover, IL, passed away Thursday, April 22nd, at FHN Memorial Hospital. Cremation Rites have been accorded. A celebration of Steve&#8217;s life will be held at a later date. Steve was born in Manchester, IA, on... View Obituary & Service Information

The family of Steven Crandall created this Life Tributes page to make it easy to share your memories.

Send flowers to the Crandall family.