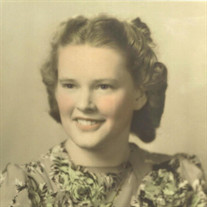 Sophie “Sue” Saporito, age 99, of Clinton, IA, passed away Saturday, September 5, 2020 at University of Iowa Hospital, in Iowa City, IA. A private funeral mass will be held in her honor at St. John the Baptist Catholic Church in Savanna, at 11am on Friday, September 25, 2020. Inurnment will take place at St. Adalbert Cemetery, in Niles, IL. Family and friends are invited to share in Sue’s life at lawjonesfuneralhome.com. Sue was born March 29, 1921, in rural Mosinee, WI, the daughter of Stanley and Francis (Augustyn) Kania. She attended Chicago schools. On September 23, 1947, in Fairfield, IA, Sue married Salvador Saporito. They remained by each-other’s side until Salvador’s passing in 1984. Sue was a homemaker for most of her life. Following Salvador’s retirement, they moved to Las Vegas. Sue called Las Vegas home for 25 years, but ultimately returned home to care for two of her brothers. She took her role of care-giver quite seriously, and was a bright spot in her brother’s lives. Sue was an avid reader, and placed a great deal of importance on keeping her mind sharp. But it wasn’t just mental acuity that kept Sue going. Into her 90’s, she would regularly walk miles at a time. She was quite an active woman, both mentally and physically. Sue will be dearly missed by her niece Arlene Skonieczny, of Thomson, IL; nephew James (Carol) Malysiak of the Galena Territory, IL; and beloved members of her extended family, David (Susan) Schwaller of Plymouth, MN, Sun Yung Shin of Minneapolis, MN, Michael (Toni) Skonieczny of Niles, IL, Susan (Michael) Legrady of Barrington, IL, Karen (Tom) Simon of Ingleside, IL, 11 great-great nieces and nephews; and one great-great-great nephew. Sue is preceded in death by her parents, Stanley and Francis, and her siblings, Eleanor, Josephine, Chester, Henry, and Joseph. Sue was a resident at the Alverno Nursing Home in Clinton, IA for four years. Her family wishes to extend a sincere thank you to all the Alverno staff for their devoted care.

Sophie &#8220;Sue&#8221; Saporito, age 99, of Clinton, IA, passed away Saturday, September 5, 2020 at University of Iowa Hospital, in Iowa City, IA. A private funeral mass will be held in her honor at St. John the Baptist Catholic Church in... View Obituary & Service Information

The family of Sophie "Sue" Saporito created this Life Tributes page to make it easy to share your memories.

Send flowers to the Saporito family.