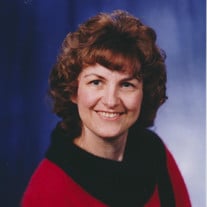 Shirley Jean Richter, age 69, died on April 2, 2012. Shirley was born August 2, 1951, to Nelda Irene Larsen and Richard Ezra Rose in Saint Helena Hospital, Napa, California. Her mother was a prolific artist, and her family’s home and Shirley’s home are an art gallery displaying many of her mother’s paintings. Her father was a chief engineer, audio engineer, and professional photographer. She had one sister, Darlene, who was one year older and preceded her in death in 2012. The family lived in Napa, California for about three years, then moved to the Sacramento area, Carmichael, across the street from the Seventh-day Adventist school, Sacramento Union Academy, where she attended for twelve years. As a child, Shirley enjoyed playing in a nearby field. Behind them was the Seventh-day Adventist church the family faithfully attended. https://www.facebook.com/groups/2926923557563808 Shirley always loved babies, and from the time she was little, she wanted to take care of them. As a young teen until college, Shirley babysat. Though it only paid $0.50/hour, she felt like she was making plenty because she was having fun! Her grandmother, Pearl Larsen, suggested Shirley consider a career in nursing, which she did, following other family members in the medical field. After academy graduation in 1970, Shirley attended Pacific Union College in Angwin, California, earning an associate degree in nursing. She then worked at Glendale Adventist Medical Center in Pulmonary and Intensive Care and Cardiac Intensive Care. Because of her continued love to work with babies, Shirley became a certified RN in low risk neonatal. She loved to help new moms learn how to take care of and feed their newborns. During this time Shirley met and married her first husband; they had two sons, Michael James Glasser, (1976) and Jeremy Scott Glasser, (1977). Unfortunately Shirley became a single parent. She sustained the family for 19 years by working in hospital nursery settings on mostly night shifts. Through an Adventist Friendship directory in 1982, Shirley met her second husband-to-be, Jay Richter from Davenport, Iowa. A long-distance relationship began and continued through writing, expensive phone calls, and a lot of plane trips. Over time, Shirley and Jay developed a deep and intimate friendship. On California visits, they enjoyed vacationing on the coast and skiing in Heavenly Valley. Finally, in 1999 they were married. The first half of their honeymoon was on the California coast with Jay’s parents, who were celebrating their 50th wedding anniversary. The second half was a two-week European tour, which was the culmination of a college class they had both taken from Andrew’s University called “The Great Controversy” tour. Accompanied by other students and the instructing professor, Dr. Gerard Damsteegt of the Andrews University Seventh-day Adventist Theological Seminary, they visited famous protestant sites in Italy, Germany, France, Belgium, and Switzerland as well as the Vatican in Rome. Throughout their nearly 22 happy years of marriage, they enjoyed talking about Bible prophecy, health, natural remedies, praying together and helping others, and medical missionary work. Shirley was a dedicated Christian literature evangelist which continued during most of their marriage. Shirley dearly loved her husband just as he dearly loved her with a beautifully profound, unconditional and unwavering love. She deeply loved her children and her friends. Her Christ-like love was demonstrated for even people who had hurt her deeply. She daily demonstrated her heavenly Father’s love for all and was hopeful. She was a dedicated bible reader, frequently claiming Bible promises, and she was a prayer warrior for her husband, family, and friends. May God remember her prayers for others even after her passing. With Shirley’s continued love of babies, after setting up their home in Iowa, she did two years of short-term travel nursing assistance in Cedar Rapids at Mercy hospital and worked six years at Genesis hospital in the NICU. Shirley loved babies so much that she decided to have two more with Jay: Jaylee Daniella in 2004 and Gabriel Jason in 2007. Shirley was a voracious reader of the Bible and Christian literature, and a student of history and the prophecies of Daniel and Revelation. She also attended nondenominational community Bible studies for many years in the Quad-Cities and acquired many wonderful friends. Shirley loved to write poetry and Christian articles, some of which were published articles in the Adventist Review and Herald. She willingly worked with the Lord to deliver the “Good News” to all who would receive it along with the three angels’ messages of Revelation 14 to a lost and dying world. If God had led, there would have been more. She always believed that God was faithful to her. Shirley supported her husband for 16 years as he founded and continues to manage Christian radio, KRQC-LP, 107.9 FM, Davenport Adventist Radio in Davenport, Iowa. Shirley was a voice in Christian advertisements on the radio. Shirley has had wonderful friends over the years, some from academy and college; others as far back as 4th grade. They stayed faithful to Shirley, loving her all these years, and she loved them back. Some of them were recently able to convey their love for her by phone as a result of Jay’s thoughtfulness in making the connections. Shirley was a victim of breast cancer which was detected in 2012 and finally took her life after a nine year struggle. Shirley’s Christian faith was strong. She looked forward to the resurrection and to serving our Lord in eternity. We look forward to seeing our beloved Shirley again, next time never having to say good-bye. A memorial for her followed by soup and sandwiches in the church school for all her friends will be at the Seventh-day Adventist church, 4444 Kimberly Road, Davenport, Iowa at 5 PM on Saturday, April 10, 2021. The burial will be on Monday, April 12, 2021 for family and close friends at 11 AM, Oak Hill Cemetery, West State Street, Mt. Carroll, Illinois.

The family of Shirley Jean Richter created this Life Tributes page to make it easy to share your memories.

Send flowers to the Richter family.