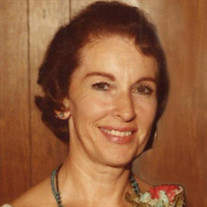 Ruby D. Michaelsen, age 88, of Sabula, Iowa passed away Wednesday, September 23, 2020, at the Alverno Nursing Home, in Clinton, IA. A visitation will be held from 12:30pm to 2pm at Calvary Lutheran Church, in Sabula. Following the visitation, all are welcome to join in procession to Sterling Cemetery, in rural Sabula, for a graveside funeral service. Family and Friends are invited to share in Ruby’s life at lawjonesfuneralhome.com. A memorial fund has been established for the Calvary Lutheran Church, Sabula, IA in Ruby’s memory. Ruby was born on February 18, 1932 in Miles, Iowa, the daughter of Earlo and Eva (Johnson) Marburger. She attended Miles High School, graduating in 1949. Ruby married Jerry Michaelsen on October 30, 1959 at Calvary Lutheran Church, Sabula, Iowa. He preceded her in death on January 21, 2007. Ruby was a proud member of the Calvary Lutheran Church, Sabula, Iowa. Early in her life, she worked at the Savanna Ordnance Depot and the Sabula Speaker Factory and later as a homemaker. Ruby loved to sing and go dancing, took great pride in her garden, always wore her necklaces with matching earrings, and could often be found with a cup of black coffee working a crossword puzzle. She embodied incredible strength throughout her life and will be dearly missed by those who knew and loved her. She is survived by her grandchildren Donna (Rick) Marchiori, Breckenridge, CO, Ryan (Shae) Hale of Lisbon, Iowa; Dani (Dusty) Pratt of New Liberty, Iowa; and Miranda and Kirsten Hale of Long Grove, Iowa, eight great grandchildren, two great-great grandsons, her daughter-in-law, Lisa Hale, her brothers-in law, Leroy, Gary, and Jim Michaelsen; and many nieces and nephews. She is preceded in death by her husband, Jerry, her sons, Randy in 1995 and Rick in 2013, her parents, her brothers Don and Russ, and her in-laws, Donald and Edna Michaelsen.

Ruby D. Michaelsen, age 88, of Sabula, Iowa passed away Wednesday, September 23, 2020, at the Alverno Nursing Home, in Clinton, IA. A visitation will be held from 12:30pm to 2pm at Calvary Lutheran Church, in Sabula. Following the visitation,... View Obituary & Service Information

The family of Ruby D. Michaelsen created this Life Tributes page to make it easy to share your memories.

Send flowers to the Michaelsen family.