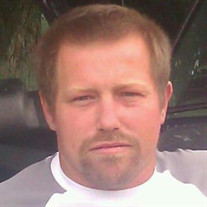 Roger E. Wills, age 49, of Elizabeth, IL, passed away Sunday, November 1, 2020, at Alex Finley Hospital, in Dubuque, IA. A private funeral service will be held in his honor, with burial taking place at Elmwood Cemetery, in Warren, IL. Roger was born November 28, 1970, in Galena, IL, the son of Eldon and Doris (Watson) Wills. He attended Elizabeth schools, ultimately graduating from River Ridge High School. Roger grew up working on the family dairy farm, and extended this work well into his adult years. He later worked for the Kolb-Lena Cheese Factory, then Dura Automotive in Stockton. Farming was always his passion, however; something he held dear to his heart. Roger will always be remembered by those close to him, as the guy who would drop anything to assist a friend. He placed others’ needs over his own and was eager to lend a helping hand. He loved going for drives, sometimes stopping to talk with friends. He was definitely a talker, and once he got going on some of his favorite topics, he could go on for an hour if you let him. Roger will be dearly missed by his two brothers, John (Joyce) Wills of Galena, IL and Elmer Wills of Elizabeth, IL; two sisters, Goldie (Dennis) Foley of Scales Mound, IL and Thelma (Kevin) Busker of Rockford, IL; four nephews; three nieces; two great nieces; one great nephew; and one great niece or nephew on the way. Roger is preceded in death by his parents, Eldon and Doris, sister, Joyce, and his two dogs, Lucky and Sebastian.

The family of Roger E. Wills created this Life Tributes page to make it easy to share your memories.

Send flowers to the Wills family.