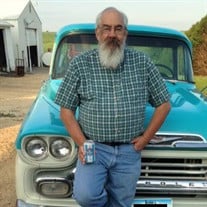 Richard Gray will be remembered for his groundbreaking research work in the field of Cellular Neurophysiology at the University of Texas at Austin. At the age of 68, Richard passed away at home near Miles Iowa. A graveside inurnment will be held at a future date in the Sterling Cemetery, rural Sabula, Iowa. Memorials may be given in Rick's honor to Jackson County Hospice, or a scholarship at the University of Texas Center for Learning and Memory. Rick was born November 28, 1952 in Savanna, IL, the son of Kenneth and Vera (Hunemiller) Gray. He grew up on the family-homestead and century farm near Miles, learning many hands-on skills that he later used in his research, "He could fix anything!" After graduating from the Miles High School in 1970, he attended Northwestern University, then received his Bachelor's degree at the University of Illinois in Champaign, and went on to Baylor College of Medicine where he received his Doctorate in Neurophysiology. Rick worked as an Assistant Professor at Baylor College of Medicine in Houston and later at the University of Texas at Austin for fifteen years. He was well-known as an exemplary and selfless mentor helping many graduate students, postdoctoral fellows and other faculty members get started in their research. Rick studied individual neurons in the brain in trying to understand diseases such as epilepsy and mental retardation. His research was his life, giving him an unending pursuit and many close friends along the way, including his research mentor of forty years, Dan Johnston, PhD. Dan would say, "His biggest impact was sharing his time and brilliance to help other researchers, he was selfless." Rick was a member of the Society for Neuroscience and the Biophysical Society. He helped establish the Center for Learning and Memory at the University of Texas at Austin. Rick balanced his academic life with his interest in the food and beverage industry by being a consultant for the Ginger Man Pub. Ginger Man Pubs have been located in Texas at Austin, Houston and Plano. They are also located in Times Square and Connecticut. The Ginger Man is known for its extensive on-tap selections and English Pub atmosphere. He actively helped choose beer, wine and menu selections. Christy Zirnheld, CFO at Schiff and Company said of Rick, “If I ever had a question for him about computers, draft systems, woodworking or anything, he took the time to explain in detail with a written document for support." Even with all of this in his life, Rick always kept up on the events back home in Sabula and Miles, Iowa. He was proud of his roots. Rick believed in giving his time, talent and treasure, helping support a dog rescue and also an elementary school in Texas. Rick will be dearly missed by his sister, Norma (Jim) Emerson of Tavares, Florida and many close associates in his research field. He is preceded in death by both parents.

Richard Gray will be remembered for his groundbreaking research work in the field of Cellular Neurophysiology at the University of Texas at Austin. At the age of 68, Richard passed away at home near Miles Iowa. A graveside inurnment will be... View Obituary & Service Information

The family of Richard Gray created this Life Tributes page to make it easy to share your memories.

Richard Gray will be remembered for his groundbreaking research...

Send flowers to the Gray family.