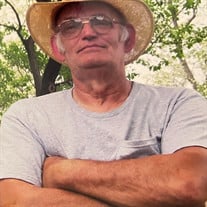 Ralph Lohmann Sr , age 75, of Thomson, passed away Monday, December 28th, 2020, at Clarissa Cook Hospice House in Bettendorf, IA. A private family memorial service will be held. In lieu of flowers donations may be made to Clarissa Cook Hospice House. Ralph was born March 22nd, 1945, in Aurora, IL, son of William and Leota (Golding) Lohmann. He attended Aurora schools and graduated from West Aurora High School. In his younger years Ralph loved to fix up and race nice cars. In 1971 Ralph met the love of his life, MaryJo, while working at Standard Grisby. The two off them hit it off, and married the following year. Together they raised three children and celebrated 48 years of marriage until MaryJo’s passing December 6th, 2020. After spending much of their lives in Aurora, Ralph and MaryJo moved to the Thomson area, where they had spent many summers camping with their family. They loved the areas wildlife and easy access to the river. Ralph was an avid fisherman, and especially loved to fish Spring Lake and the many backwater sloughs. Ralph and his son spent many mornings pulling in trout lines on the family boat. Ralph also enjoyed deer hunting, and hunting for morale mushrooms. Ralph loved to work with his hands. He was a master wood worker, working out of the shop in his garage. He worked maintenance at Richard Wilcox where he would often fabricate parts for the older machinery. Ralph also kept a garden right beside his wife’s, although Ralph’s garden was often overrun with weeds. Ralph also volunteered as a firefighter for 18 years at the South Park Fire Department. Ralph will be remembered for his kind nature and loving spirit. Traits that will be passed down through his family for generations to come. Ralph will be dearly missed by his two children, Ralph (Dionne) Lohmann of Rock Island, and Vicki Lohmann Benavidez of Crown Point, IN; eight grandchildren and eleven great- grandchildren; and many nieces and nephews. Ralph is preceded in death by his loving wife, MaryJo; daughter, Shelly Lohmann Anderson; and sisters, Betty Haskins, and Nancy Dailey.

Ralph Lohmann Sr , age 75, of Thomson, passed away Monday, December 28th, 2020, at Clarissa Cook Hospice House in Bettendorf, IA. A private family memorial service will be held. In lieu of flowers donations may be made to Clarissa Cook Hospice... View Obituary & Service Information

The family of Ralph Lohmann Sr. created this Life Tributes page to make it easy to share your memories.

Send flowers to the Lohmann family.