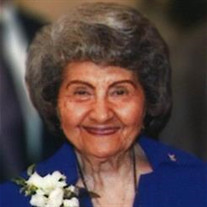 Pauline Marie Zigler will be fondly remembered by her four sons as supportive, kind, respectful, independent, and a true fighter getting things done. The Hanover community will also remember her as tireless and gracious in her mission to help others. At the age of 96, Pauline passed away peacefully Monday, February 24, 2020 at the Galena Stauss Senior Care Community, Galena, Illinois. Pauline was born July 12, 1923 in Hazel Green, Wisconsin, the daughter of John and Myrtle (Riek) Dutchoff. At the age of 11, Pauline lost her father after he succumbed to a lung illness, thought to be caused by his work as a lead-miner. She had to help “be in charge” at an early age and kept that trait throughout her life. She is a 1941 graduate of the Hazel Green High School. On October 5, 1946, Pauline married Howard J. “Shag” Zigler. He passed away January 15, 1998. They celebrated 51 years of marriage. Pauline worked at the Savanna Army Depot since 1942. After marriage she took time to raise their four boys, then in 1965 went back to the work at the Depot. She worked in the Personnel Office, then became a Service Officer retiring in 1983. After retiring, Pauline continued working as a representative of NARFE, helping retired Depot employees receive their benefits. Throughout life, Pauline cared for people, often helping care for her mother in Hazel Green and her brother, Rev. Fr. Charles “Bob” Dutchoff . She was a member of St. John the Evangelist Catholic Church of Hanover, St. Anne Society, Hanover VFW Auxiliary, and Bridge clubs. The Ziglers worked hard, and when they weren’t working they had fun. Pauline and Shag loved to dance to Big Band music, and at times could be caught teaching the grandchildren how to dance around the kitchen. Pauline was known as a fantastic cook and kept most of her recipes in her head. She was always preparing a dish for someone in the community, or making sack lunches and dinner for family members, especially when her son, Larry worked teaching at Highland Community College and lived at home in Hanover. If ever questioned about the trials of raising all boys, Pauline would say, “I wouldn’t trade my boys for anything!” Pauline will be dearly missed by her four sons, Larry Zigler of Macomb, Illinois, Lyle (Deb) Zigler of Hanover, Terry (Barb) Zigler of Geneseo, Illinois and Tim Zigler of Madison, Wisconsin; seven grandchildren; and seven great-grandchildren. Pauline is preceded in death by her husband, and two brothers, John and Rev. Bob Dutchoff. A Funeral Mass will be held 10:30 a.m. Monday, March 2, 2020 at St. John the Evangelist Catholic Church, Hanover. Burial will be in Evergreen Cemetery. Visitation will be 2:00 – 5:00 p.m. Sunday, March 1, 2020 at the Law-Jones Funeral Home, Hanover, with a Scripture Wake Service at 5:00 p.m. Memorials may be given to Hospice of Dubuque and the Hanover VFW.

Pauline Marie Zigler will be fondly remembered by her four sons as supportive, kind, respectful, independent, and a true fighter getting things done. The Hanover community will also remember her as tireless and gracious in her mission to help... View Obituary & Service Information

The family of Pauline Marie Zigler created this Life Tributes page to make it easy to share your memories.

Pauline Marie Zigler will be fondly remembered by her four sons...

Send flowers to the Zigler family.