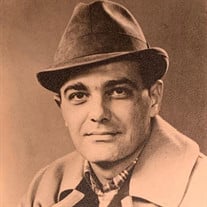 John Palmer Recktenwall, of Elizabeth IL, formerly of Hinsdale IL, passed away January 3rd, 2021 at the age of 86. John, known as Jack, was born in Chicago on February 14, 1934 to John and Marie Recktenwall. Raised in Nashville, he was a member of Sigma Chi at Vanderbilt University. After graduating from Northwestern University School of Dentistry in 1958, Jack became the youngest dentist in Hinsdale. In 2001, he retired as the oldest dentist in town. For over 50 years, Jack was a member of the Hinsdale Masonic Lodge and became active with the Sons of the American Revolution in retirement. Jack’s greatest joy was being anywhere with Pepper, his wife of 59 years. Their adventures included raising their children and loving their grandchildren. Flying, quail hunting and fishing were his greatest passions. In 1971, Jack became a licensed pilot and logged more than 4,000 hours flying with his co-pilot, Pepper. Their travels included many destinations across the USA, Canada, and the Bahamas. One of the most favored destinations was Lake of the Woods, Ontario, Canada. Jack’s last trip there was in 2016 and as he sat with his kids and grandkids, he reminisced how he had planted the trees on the shoreline 50 years prior. Sipping an OV beer and sharing his many stories, he was content. Retirement to farm life at Pepper Place kept him busy with endless projects, fishing his pond, bee keeping, making jewelry and driving his truck. Jack was quick to make friends with any dog that came into his life with a handful of kibble in his pocket, and helped Pepper rescue a few wayward cats. Jack reminisced that his first job was mowing yards, and now he had 15 acres to mow and wasn’t paid a dime. Jack and Pepper enjoyed countless sunsets on their front porch after the day’s activities were complete. Jack is survived by his wife, Carol Jean “Pepper” Hammond Recktenwall, his children; John, Paul (Amy), and Sarah, and his grandchildren; Carolyn (BJ), Alexandra, and Jack. He leaves behind a brother, Dean (Joyce), brother-in-law, Mike (Rebecca), cousins, nieces, and nephews. A remembrance and memorial service will be scheduled at a future time when family and friends can safely gather to celebrate Jack’s life and the impact he had on all of us. Donations in Jack’s memory can be made to the EAA Young Eagles program https://www.eaa.org/eaa/apps/donations/donationye

John Palmer Recktenwall, of Elizabeth IL, formerly of Hinsdale IL, passed away January 3rd, 2021 at the age of 86. John, known as Jack, was born in Chicago on February 14, 1934 to John and Marie Recktenwall. Raised in Nashville, he was a member... View Obituary & Service Information

The family of John Palmer Recktenwall created this Life Tributes page to make it easy to share your memories.

Send flowers to the Recktenwall family.