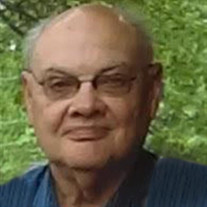 John Edward Boelkens, age 78, longtime resident of Mt. Carroll, Illinois passed away at home Saturday, August 29, 2020. A Celebration of Life service will be held 11:00 a.m. Thursday, September 10, 2020 at the Mt. Carroll Church of God. The service will be live streamed through John's group on the Law-Jones Facebook Page. Burial will be in Oak Hill Cemetery, Mt. Carroll. Visitation will be held 9:00 – 11:00 a.m. Thursday, September 10, 2020 at the Church. Masks are required. Memorials may be made to Church of God Missions in John’s honor. John was born June 17, 1942 in Elgin, Illinois, the son of John and Jacoba (Schol) Boelkens. When John was young, his family moved to Huntley and later near Mt. Carroll, farming north of town. He graduated with the Mt. Carroll High School Class of 1960. Living in different communities, John met the love of his life, Mary Jane Hartman while in high school. They went to each other’s proms and after four years of dating they tied the knot on June 13, 1964 at the Mt. Carroll Church of God. They raised two children and celebrated 56 years of marriage together. Sightseeing was one of their favorite pastimes and gave John a great reason to practice photography. They could also be seen enjoying their four grandchildren’s full range of events in Ohio giving John another reason to use his camera. John worked thirty-five years for General Electric in Morrison, retiring in 2000. John was an active member of the Mt. Carroll community and was a past City Alderman along with being a member of the Community Development Corporation. He loved to volunteer wherever he could, including with the Savanna Food Pantry Board. He was a member of the Mt. Carroll Church of God, where he was a former Trustee. He loved to help with Church mission work in Haiti and the Southwest. John will be dearly missed by his wife, Mary of Mt. Carroll; a son, Edward C (Diane) Boelkens of Millbury, Ohio; a daughter, Christine S (Glenn) Hoehne of Ottawa, Ohio; four grandchildren Lindsay Boelkens, Jacob Boelkens, Gage Hoehne, and Hannah Hoehne, two brothers-in-law, Donald Dyke of Janesville, Wisconsin and Lloyd (Colleen) Hartman of Tucson, Arizona; two sisters-in-law, Betty (Ralph) Geesey and Elizabeth Hartman, both of Mt. Carroll; and many nieces and nephews. John was preceded in death by his parents; two sisters, Thelma Dyke and Gladys Boelkens; a brother and sister-in-law, Wesley (Sheila) Boelkens; and a Father and Mother-in-law, Harold (Zella) Hartman.

The family of John Edward Boelkens created this Life Tributes page to make it easy to share your memories.

Send flowers to the Boelkens family.