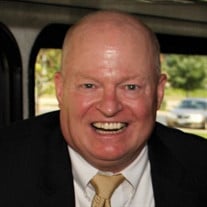 Jeffrey T. Sullivan, 65 of Davenport, died unexpectedly at his home on Thursday, May 5, 2022. Born March 11,1957 in Savanna, Illinois, the seventh of eight children of Roger and Joan (Kerr) Sullivan. He exhibited a strong work ethic from an early age while working at the family hardware store and later, Whistling Wings mallard farm. He graduated from Hanover High School in 1975 where he lettered in football and golf and excelled in skiing at Chestnut Mountain and Colorado. He attended the University of Notre Dame and earned a Bachelor of Arts degree in governmental studies in 1980. He also attended a summer journalism program at the University of London. After college he worked as a reporter in Chicago for the City News Bureau. He then completed advanced coursework in computer systems and programming at DePaul University and took a systems management position at the Mayer Brown & Platt firm that he held for approximately 10 years. He then lived in Ireland for six months where he nurtured his passion for Irish history, the country, and its people. Upon his return to the States, he relocated to the Quad Cities and worked for the Rails consortium of library districts until his retirement in 2021 after 25 years of service. Jeff was an excellent athlete who enjoyed the out-of-doors. He was a marathon runner having participated in the Chicago and St. Louis marathons several times. He continued to ski throughout his life and thoroughly enjoyed his time in northern Wisconsin and Canada musky fishing with good friends. He cherished the photo taken of him and the 46-inch-long musky that he caught on a 6-pound test line. Jeff was always a “doer” and community volunteer. Year after year he returned to his hometown of Hanover where he used his energy and drive and many skills for the benefit of the annual summer and fall town festivals. He had a mind that understood mechanics and seemingly could fix almost anything that was broken. He was jokingly referred to by family and friends as “MacGyver” for his ability to improvise a fix regardless of circumstances. He was passionate about his causes and never shied away from a good argument. He was proud of his Irish heritage and rooted for the Green Bay Packers, the Chicago White Sox and Notre Dame. Jeff was a much-loved son, brother, uncle, cousin and friend. Survivors include brother-in-law, Robert Gable (Hanover), sisters, Nancy (Tom) Miller (Hanover) and Kelly Sullivan Soley (Dubuque) and brothers Scott (Suzanne) Sullivan (Rockford) and Casey Sullivan (Hanover), and many nieces and nephews. Predeceased by parents; sisters, Susan Gable and Deborah Sullivan; brother, Mark Sullivan; and brother-in-law, John Soley. A Graveside Service will be held at 12:00 Noon Saturday, June 11, 2022 at Evergreen Cemetery, Hanover, Illinois. After the graveside service, a celebration of life gathering will be held 1 – 3 p.m. at nearby Chestnut Mountain Resort. Memorials may be sent to: Jo Daviess Conservation Foundation (Wapello Reserve), P. O. Box 216, Elizabeth, IL 61028-0216

Jeffrey T. Sullivan, 65 of Davenport, died unexpectedly at his home on Thursday, May 5, 2022. Born March 11,1957 in Savanna, Illinois, the seventh of eight children of Roger and Joan (Kerr) Sullivan. He exhibited a strong work ethic from an... View Obituary & Service Information

The family of Jeffrey T. Sullivan created this Life Tributes page to make it easy to share your memories.

Jeffrey T. Sullivan, 65 of Davenport, died unexpectedly at his...