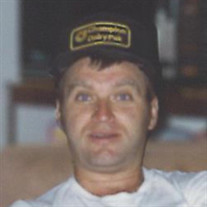 James Alan “Jim” Hook, age 61, of Lanark passed away after a sudden illness, Thursday, March 4, 2021at CGH Medical Center, Sterling, Illinois. A Celebration of Life service will be held 11:00 a.m. Saturday, March 13, 2021 at the Law Jones Funeral Home in Mt. Carroll. Burial will be in Savanna Township Cemetery. Visitation will be held one hour prior to the service from 10:00 – 11:00 a.m. Saturday, March 13 at the Law Jones Funeral Home Mt. Carroll. The family asks that masks be worn. You may watch a live stream of the service by visiting Jim's Facebook group at: https://www.facebook.com/groups/1103307440095733 James was born June 2, 1959 in Savanna, the son of Donald and Euveta (Shepherd) Hook. He attended Mt. Carroll Schools. Jim was known for his big smile and outgoing personality and enjoyed a good chuckle when his friends would tease him. Jim made many friends at Rolling Hills Progress Center where he worked for 40 years, earning “Worker of the Month” award several times. Jim looked forward to participating in Special Olympic events and returned home with numerous medals each year, proving he was an all-around athlete. One of Jim’s favorite pastimes was bowling and as a youngster, went roller-skating with his mom, dad, sister and family friends nearly every weekend. Jim loved spending time with his dad, riding along as he plowed snow and sometimes was allowed to go along to a job site where he would sit for hours and watch his dad run a bulldozer. Jim was a big help at home, mowing grass and helping in the garden. He was fond of the cats and dogs that he grew up with and saw to it that they were well-cared for. After his parents passed away, Jim moved to Lanark where he was able to live independently with the assistance of caregivers provided by Lutheran Social Services. On weekends, Jim was still willing to help his big brother Mike with maintenance of the family property at Center Hill where they grew up. Jim loved his riding lawnmower outfitted with a radio and “Oooga” horn, which he proudly sounded whenever visitors would come to call. Like many people, Jim was a collector, and he was proud of his extensive hat collection and his growing set of solar-powered bobbing figurines that lined the window ledge of his apartment. He also loved John Deere items, and decorating for different holidays all year long. Jim will be dearly missed by his many friends and family, sister Tammi Hook of Rock Falls and sister-in-law Jo Ann Hook of Mt. Carroll, and of course his Rolling Hills family and the many support staff from Lutheran Social Services. Jim is preceded in death by his parents, Don and Euveta Hook, and older brother, Michael.

The family of James "Jim" Hook created this Life Tributes page to make it easy to share your memories.

Send flowers to the Hook family.