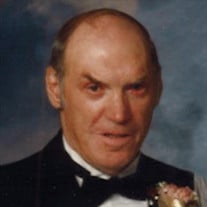 Gerald L Lashelle, age 83, of Thomson, IL, passed away Tuesday, August 4th, 2020, at Big Meadows Nursing Home in Savanna, IL. Funeral Service will be held at 10:30 a.m. on Monday, August 10th, at the Law Jones Funeral Home in Thomson. Visitation will be held from 4:00 p.m. to 7:00 p.m. on Sunday, August 9th, at the Law Jones Funeral Home in Thomson. Masks are strongly encouraged for those who attend. Gerry was born June 22nd, 1937, son of Ernest and Eliza (Harding) Lashelle. He grew up in Thomson and graduated from York Community High School with the class of 1955. Soon after graduation Gerry joined the Army, and served his country in the Korean War. When he returned he started his family, eventually meeting his wife Deana, who he was married to for over 52 years. Gerry worked construction for much of his life, and was highly skilled at building anything he set out to build. He was a member of the Iowa Labor Union Local #43 for over 50 years. Gerry’s family and friends would often tease him about having nine lives. Besides surviving the Korean War, he also beat his battle with polio, survived a work place accident which burned over 60% of his body and a massive stroke. Gerry loved life and sharing it with the people around him. Whether you were playing pool, cribbage, horseshoes, or bowling, Gerry was the best partner you could ask for. He would teach anyone who wanted to learn the finer points of bowling and pool, and passed down his skill and finesse to his children. He loved all of his children, and held a special place in his heart for each and every one. He was a caring father, and made time for each of his children to feel special, especially on their birthdays. Gerry’s heart was open to everyone, which allowed him to be an important figure in many people’s lives. Gerry’s great sense of humor and kind nature will live on in the ones he loved most. Gerry will be dearly missed by his wife Deana Lashelle of Clinton; six children, Frank Lashelle of Rock Island, IL, Lorna (Elmer) Pothof of Clinton, IA, James (Jean) Lashelle of Clinton, Garry (Jane) Claussen of Muscatine, IA, Gerrie (Earl) Gooch of Fredrick, MD, and Leslie (Christopher) Mussmann of Clinton; 20 Grandchildren, 20 Great-grandchildren, and one Great-great-grandchild; and two siblings, Mary Lou Houzenga, and Frank (Joyce) Lashelle. Gerry will also be missed by numerous nieces, nephews and others who consider themselves his family. Gerald was preceded in death by his parents, Ernest and Eliza; one brother, Everette Lashelle; and one Great-grandchild, Keefer.

The family of Gerald L. Lashelle created this Life Tributes page to make it easy to share your memories.

Send flowers to the Lashelle family.