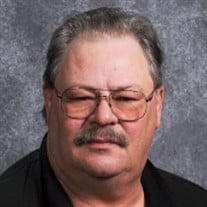 George Mark “Bub” Phillips passed away July 17, 2020, at Allen Hospital in Waterloo, IA, from complications following a stroke. A visitation will be held Friday, July 31, 2020, from 12pm-2pm, at Law Jones Funeral Home, in Savanna, IL. Inurnment will follow at Evergreen Cemetery, in Sabula, IA. Following the burial, a celebration of life gathering will be held at the Sabula VFW. Memorials may be made to Disabled American Veterans (DAV), Vietnam Veterans of America (VVA) or a charity of your liking. Because both his father and grandfather were named George, he was called Mark by most adults as he grew up in Sabula. Within the immediate family he was named Butch. His friends shortened that to Bub. After starting college, he was known by many as George. So, depending on how you knew him, he was George, Mark, Butch or Bub. George was born April 14th, 1950 to George and Mary (Haynes) Phillips at Savanna City Hospital. George attended Sabula Schools until his junior year. At Sabula High, he lettered in Band, Basketball, and Softball and received a pin from the Quill and Scroll International Honorary Society for High School Journalists. In 1966 he moved to Hysham, Montana, where he helped his Aunt Jessie and Uncle Rod manage their ranch. He graduated from Hysham High School in 1968 where the Senior Class Motto was “Impossible is Un-American”. George lettered in football, basketball, track and band. In October 1968 George entered the U.S. Army, with Infantry training at Ft. Polk, LA. He served in Vietnam from April 1969 to May 1970. His Army citations include The National Defense Service Medal (NDSM), The Vietnam Service Medal (VSM), the Republic of Vietnam Campaign Medal (VCM), Army sharpshooter Marksmanship Qualification Badge, Combat Infantryman Badge (CIB), and a Bronze Star Medal. After leaving the Army, George moved back to Iowa and began his college education. He received his Associates degree from Clinton Community College, and his Bachelor of Arts from UNI. In July 1974 George and Susan Orvis were married at the Grandview Avenue Methodist Church in Dubuque, IA. There was never a better match than Bub and Sue. He often referred to her as his “Saint Sue”. George was a high school history teacher at Waterloo West, retiring in 2011. Bub was an avid St. Louis Cardinals fan, a NASCAR fan and especially loved high school and college sports. Bub was a walking encyclopedia, referred to by many as one of the smartest men one has ever met. George was a member of Sabula American Legion and the Vietnam Veterans of America. George is preceded in death by both parents, his wife Susan and a brother-in-law James Orvis. He is survived by two sisters, Joan (Bill) Cawley, of Bullhead City AZ, Jennifer (Gary) Zink, of Savanna, IL, and one brother, James (Dawn) Phillips, of Sabula IA. Bub will also be missed by his brothers-in-law, John Orvis, of West Valley City, UT and Jeff (Peggy) Orvis, of Cedar Falls, IA; his sisters-in-law, Julie Orvis (Paul Agnello), of Janesville, WI and Sandy (Joe) Poundstone of Martensdale, IA; a niece, Keeley (Bruce ) Behrens of Ankeny, IA and a nephew, Dr. Samuel Orvis, of North Liberty, IA.

The family of George Mark "Bub" Phillips created this Life Tributes page to make it easy to share your memories.

Send flowers to the Phillips family.