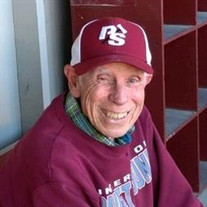 Gary D. Gray, age 77, of Mount Carroll, IL, passed away Sunday, April 26th, in the comfort of his home “on the ridge” surrounded by family. He endured his journey with cancer with courage and fortitude. Gary was born January 30, 1943, son of Walter and Ella (Phillippe) Gray. Gary spent his early childhood in Pinkstaff, IL, until his father’s work brought the family to Chicago, IL. Gary met the love of his life, Anna Wenzel, on a blind date and they were married on March 9, 1964 in Chicago. Gary and Anna moved from Chicago in 1970, and would call Belvidere, IL, home until 2007 when they moved to Mount Carroll. Together they raised two children and celebrated 56 years of marriage. Gary worked as a mail carrier for the United States Postal Service for 30 years, and was a member of the National Association of Letter Carriers Branch 245 for 51 years. After retiring from the postal service, Gary enjoyed home remodeling projects as a part of Humphry and Gray, Inc. For several decades, he also worked maintenance part-time at the United Auto Workers 1268 in Belvidere. Gary was a gentle, quiet man with a deep love for his family and friends. He loved to spend time fishing and also loved taking family and friends on drives through the Mississippi River Valley, looking for eagles, deer, and other wildlife. He seemed to know every backroad, and every way to get around. He also loved to travel around the states and camping with his family. Gary loved games. Among his favorites were cribbage, Sox Yahtzee, and euchre. He was also an avid White Sox fan. Gary’s favorite sport to play was golf. He even shot a hole-in-one at Beaver Creek Golf Course. Gary will be dearly missed by his wife, Anna Gray; two children, Steven (Karol) Gray of Port Angeles, WA, and Carrie (Scott) Gray Wolfe of Palmer, AK; one grand-daughter, Haley Rose Gray of Port Angeles, WA; three brothers, James (Diane) Gray of Mt. Prospect, IL, Richard (Patricia) Gray of Sandwich, IL, and Rex (Olivia) Gray of Sandwich, IL; four sisters-in-law, Marion Gray of Burbank, IL, Isabel Wenzel of Chicago, IL, Teresa (Daniel) Jablonski of Lisle, IL, and Frances Wenzel of Kohler, WI; and many nieces, nephews, and cousins. Gary is preceded in death by his parents, Walter and Ella; his brother, Ronald; two brothers-in-law, Festus Stevens, and Peter Wenzel; and father- and mother-in-law, Edmund and Janina Wenzel. A private family service will be held at Oak Hill Cemetery in Mount Carroll. A celebration of life gathering will be held at a later date. In lieu of flowers, all donations will go towards charities of his family’s choosing. Family and friends are invited to share in Gary’s life at lawjonesfuneralhome.com.

Gary D. Gray, age 77, of Mount Carroll, IL, passed away Sunday, April 26th, in the comfort of his home &#8220;on the ridge&#8221; surrounded by family. He endured his journey with cancer with courage and fortitude. Gary was born January 30,... View Obituary & Service Information

The family of Gary D. Gray created this Life Tributes page to make it easy to share your memories.

Send flowers to the Gray family.