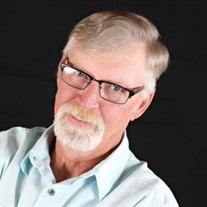 Eston Morton Preston, age 71, of Lanark, IL, died tragically in an automobile accident the morning of March 30, 2020, in Rockford, IL. A memorial gathering, and inurnment, will be held on a later date. Eston was born May 24, 1948, in Morrison, IL, the son of Richard and Phyllis (Nelson) Preston. He attended Mt. Carroll schools, until he was drafted into the Army during the Vietnam War. Rightfully so, Eston was extremely proud to be a Vietnam Veteran. In light of the current events, we cannot come together as a community to memorialize Eston at the present time. However, we can all honor Eston’s life and military service by thanking a veteran, today, for his or her service to our nation. Following his service to his country, he farmed as a young man, before finding his true calling, driving semi. He also owned and operated a tree service for a number of years, with his brother. A little later in life, Eston married Elsie Sherman, on August 10, 1990. With their combined eight children, they created a family of ten. At the time of his passing, he worked for TR Transfer, based in Stockton, IL, and loved his exceptional working relationship with Greg. As evident by his career choice, Eston had a passion for driving. One of his favorite ventures was traveling with Elsie and friends. He enjoyed the great outdoors, spending many hours camping and fishing with his family. Even when he was home, he could often be found tending to, and mowing, the lawn, whether it needed it or not. Eston will be dearly missed by his wife, Elsie; sons, Samuel (Louanne) Preston, of Lanark, IL, Kenneth (Crystal) Preston, of Shannon, IL, Richard (Christina) Preston, of Shorewood, IL; daughters, Melinda (Steven Hays) Near, of Janesville, WI, Tanya (Michael) Mitchell, of Rockford, IL, Misty (Tanner) Lindstrom, of Ottawa, IL, and Joni (Eric) Beyer, of Lanark, IL; 16 grandchildren, NaTasha Belander, Kirk Preston, Samantha Stephenson, Dylan Preston, Amanda Near, Travis Near, Marie Preston, Jenna Preston, Hailey Preston, Abbie James, Konnor Kosier, Tycen Lindstrom, Talyn Beyer, Gavyn Beyer, Declyn Beyer, and Emberly Beyer; 11 great grandchildren; two brothers, Ethan (Janet) Preston, of Englewood, FL and Ellza “Dent” Preston, of Kirkland, IL; and numerous extended family members and friends. Eston is preceded in death by his parents, Richard and Phyllis; brother, Eldon Preston; daughter, Pamela McPhillips; sister-in-law, Marietta Preston; granddaughters, Breya Lindstrom and Hallie Lindstrom, great granddaughter, Riah Roper; and nephew, Mathew Preston.

Eston Morton Preston, age 71, of Lanark, IL, died tragically in an automobile accident the morning of March 30, 2020, in Rockford, IL. A memorial gathering, and inurnment, will be held on a later date. Eston was born May 24, 1948, in Morrison,... View Obituary & Service Information

The family of Eston Morton Preston created this Life Tributes page to make it easy to share your memories.

Send flowers to the Preston family.