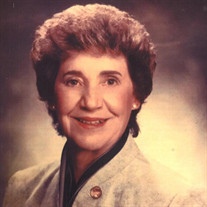 Chandler AZ. - Edna Curley Mooney, native of Thomson, IL, passed away, Saturday, June 18th , at her home in Chandler, AZ. Cremation rites have been accorded. Burial will take place in Lower York cemetery in Thomson. A celebration of Edna's life will be held at a later date for family members. Edna Curley was born in Thomson, the daughter of Bonnie (Robertson) Curley and Lynn Curley. Her childhood was spent on the family farm, her playground with friends, was the Mississippi River. She was blessed with a family that was always there for each other, and throughout her life that never changed. Edna worked for John Deere Harvester for 24 years in Production Control, resigning her position to be Agri-King Inc's first employee. Agri-King Inc is located in Fulton, IL. She retired as Vice President of Administration and served on its Board of Directors for many years. Edna married David P. Mooney in Cordova, IL, on November 19, 1966, where they lived on the banks of the Mississippi River. They later moved to Thomson, where family members were involved in developing their childhood family farm into Buck's Barn, Lynnwood Lynks, and Lynnwood Estates. In retirement they moved to Palm Harbor, FL, later to Phoenix, AZ, to be near family. Due to health problems they moved to The Village of Ocotillo in Chandler. Edna is survived by her husband's two children, D. Matthew (Maureen) Mooney of Bettendorf, IA, and Robin Collins of Appleton, WI; four grandchildren, Melissa Mooney (Amir Rahmani) of Los Angeles, CA, Megan Mooney (Jeff) Petro of Ft. Lauderdale, FL, Rhyan Dietrick of Clinton, IA, and Casey Urban of Phoenix, AZ; two great-grandchildren, Darrin and Alex of Clinton; her sister, Leona (Vernon) Mattie, of Thomson, and many nieces and nephews. Edna was preceded in death by her husband, David Mooney; her parents, Bonnie and Lynn; her brother, Del Curley, and his wife, Marian, of Phoenix, AZ; and her sister, Lila (Bill DeLost) Ritchie of Sun Lakes, AZ.

The family of Edna Curley Mooney created this Life Tributes page to make it easy to share your memories.

Send flowers to the Mooney family.