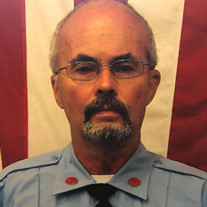 Dwain “Dewey” Joseph Weis, age 75, of Miles, Iowa, passed away Friday, August 13, 2021 at his home near Miles. A memorial visitation will be held 4:00 – 7:00 p.m. Tuesday, August 17, 2021 at the Law Jones Funeral Home in Preston, Iowa. A private graveside burial of ashes, with Military Honors, will take place Wednesday in the Miles Cemetery. Dwain was born September 14, 1945, in Clinton, Iowa, the son of Leo and Erma (Portz) Weis. Growing up on the family farm, he knew how to work. Dwain was one of the last to attend the old one-room country school. After completing grade school, he began farming with family. At twenty, Dwain enlisted in the Army National Guard, training at Fort Campbell, Kentucky and serving until 1971. On October 7, 1972, Dwain married Rebecca Williams at St. Peter & Paul Catholic Church in Springbrook. Dwain had found the love of his life in Beckie. They enjoyed gardening and traveling together, often taking family vacations in Branson, St. Louis, and Milwaukee. They raised two children, Matthew and Amanda, and celebrated thirty-two years of marriage. Their biggest joys included the grandchildren. After battling cancer, Beckie passed on October 7, 2004. Dwain was a hard-working truck driver most of his life. He started with Wayne Feeds, then Boothby Oil and then Farm Service in Miles. He was a member of the Miles Volunteer Fire Department, where he served as Treasurer; The Miles American Legion; and is a past director of the Miles Telephone Co-op. He supported his community. He was also a great friend to many and will be missed. Dwain is dearly loved by his son, Matthew (Alisa) Weis of Manchester, Iowa, and his daughter, Amanda (Rodney) Bratthauer of Dewitt, Iowa; four grandchildren, Jacob and Lucas Bratthauer, and Kinnick and Emma Weis; two sisters, Juanita Cottrell and Maxine (Steve) Eastvedt, both of Dubuque; and two brothers, Lonnie (Vicki) Weis of Maquoketa and Norval “Nick” Weis of Fort Worth, Texas. Dwain is preceded in death by his parents and his wife, Beckie.

The family of Dwain "Dewey" Joseph Weis created this Life Tributes page to make it easy to share your memories.

Send flowers to the Weis family.