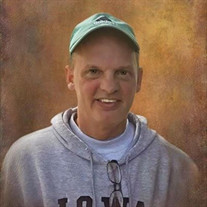 Dereck Duane Jeffers, 54 of Louisville, KY passed away unexpectedly on Sunday, February 28, 2021. He was a proud and dedicated father and a true friend to all. Dereck was born October 13, 1966 to Carol Jean Jeffers in Galena, Illinois. He was a graduate (1984) from Hanover High School in Hanover, Illinois. He served in the United States Navy as an airplane mechanic from 1984-1988, moved to Kentucky where he attended Murray State University, and graduated with a B.S. in Criminal Justice in 1993. While at Murray he met Stephanie Lush (Jeffers), whom he was married to for 20 years. Dereck was a member of Alpha Tau Omega Fraternity, a lifetime member of the Hanover VFW, and belonged to the Fraternal Order of Police. He began his law enforcement career in 1993 and served many agencies including Luther Luckett Correctional Complex, Northpoint Training Center, Kentucky Probation and Parole, Kentucky Department of Alcoholic Beverage Control, and the Audubon Police Department. He ended his service as a Detective for Louisville Metro ABC. Dereck was preceded in death by his mother Carol. Left behind to cherish his memory are his son Connor, the mother of his son Stephanie Jeffers, his sister Deatra Aadson (Mike), his Aunt Vinetta Stevenson, his cousins (who were more like his sisters and brother) Toni Wakeford (Robbie), Shelley Stevenson, Eric Stevenson, his nieces, nephews, countless friends, co-workers, and his beloved dogs Roscoe and Skylar. Dereck’s world revolved around his son Connor. He was present for every event in his life. Dereck made every effort to attend all of Connor’s sporting events, volunteered, and even coached. He was Connor’s number one fan. Connor and Dereck loved working on dirt bikes and they were renovating their home together. Although Stephanie and Dereck were divorced they made a commitment to co-parent their son. Connor was always Dereck’s number one priority. Dereck was the life of the party and loved to make people laugh even at his own expense. Affectionately known as Uncle Digger and Ditto, he loved fiercely, was a straight shooter, never pulled any punches, told it like it was, had a strong work ethic, and was a master undercover detective. Dereck was a faithful servant not only to God, but his community, family, friends, and coworkers. He was always willing to lend a hand to anyone, the first to volunteer to help someone move, finish a home project, anything anyone asked of him, including the shirt off his back. Dereck loved his teams. He was a diehard Iowa Hawkeyes, Chicago Cubs, Minnesota Vikings, and Murray State Racers fan. In lieu of flowers, expressions of sympathy may be made in Dereck’s name to The Wounded Warrior Project or Special Olympics of Kentucky. Visitation will be held on March 7, 2021 at 12:00 pm at Arch L. Heady at Resthaven, 4400 Bardstown Road, Louisville, Kentucky. Visitation will be held on March 8, 2021 at 10:00 am at Arch L. Heady at Resthaven, 4400 Bardstown Road, Louisville, Kentucky. Funeral Service will be held on March 8, 2021 at 2:00 pm at Arch L. Heady at Resthaven, 4400 Bardstown Road, Louisville, Kentucky. Committal Service will be held on March 10, 2021 at 10:30 am at Evergreen Cemetery. You may watch a live stream of the service by visiting Dereck's Facebook Group: https://www.facebook.com/groups/1097047880800895/

Dereck Duane Jeffers, 54 of Louisville, KY passed away unexpectedly on Sunday, February 28, 2021. He was a proud and dedicated father and a true friend to all. Dereck was born October 13, 1966 to Carol Jean Jeffers in Galena, Illinois. He was... View Obituary & Service Information

The family of Dereck Duane Jeffers created this Life Tributes page to make it easy to share your memories.

Send flowers to the Jeffers family.