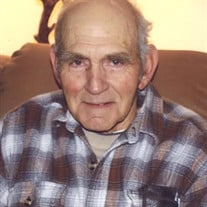 Daniel “Boone” James Ingersoll, age 83, had the Mississippi River in his soul. From the age of ten fishing with his father, and for the next seventy-plus years, “Boone” became part of the ecosystem that provided his livelihood. Daniel was born December 26, 1937 in Hanover, Illinois, the son of Irwin and Marie (Walder) Ingersoll. His younger years were anything but idyllic as his family worked hard to make ends meet. He attended Savanna schools, and as soon as he could, Daniel went to work at the Savanna Lumber Yard in-order to help the family. He and his brother Wayne built the Ingersoll Fish Market north of town along the river, in the shadows of the Mississippi Palisades. In 1961, during the Cuban Missile Crisis, Daniel was drafted in the US Army, and after being at Fort Leonard Wood, Missouri, he served in Germany building bridges and roads. In the winter of 1963, after Daniel’s brother Wayne was killed in a tragic river accident, Daniel returned home to assist the family. He remained in the Army Reserves and was thankful for the lifelong camaraderie of his fellow veterans. The life of a commercial fisherman was hard, but rewarding, as Boone balanced making a living with his admiration and love of the river. Even in 2018, Boone was sending thousands of pounds of fish to markets in Chicago. He could read the river like an old familiar book and often changed his approach, as the fickle river raised and lowered. Boone also worked for a time in the Chicago and Northwestern Railroad Car Shops in Clinton, Iowa. Daniel will be dearly missed by his daughter, Janet (Richard) Kaufman of Thomson; a son, Douglas Ingersoll of Sabula; grandchildren, Ryan (Sarah Powell) Kaufman, Kayla (Andrew) Russell, Brandon (Shaelynn Williams) Kaufman, Kayla and Carrie Brown; great-grandchildren, Brayden Powell, Luke Kaufman, Easton Russell; four siblings, Bill (Bea) Ingersoll of Albany, Illinois, Jerry (Sue) Ingersoll of Lake Placid, Florida, Mary Ingersoll of Milford, Connecticut, and Donnie Ingersoll of East Haven, Connecticut; a cousin, Chris Dangel of Savanna; and special friend, Terry Thiessen of Savanna who was always there to help. Daniel is preceded in death by both parents; two brothers, Wes and Wayne; two sisters, Patricia Ford and Esther Mills; three nephews, Gary, David and Mike Ingersoll; stepbrothers, Irvin and Charles, stepsisters, Josie, Jackie and Virginia; and several aunts and uncles. Inurnment will be in Evergreen Cemetery in Hanover at a later date. Arrangements have been entrusted to Law-Jones Savanna.

Daniel &#8220;Boone&#8221; James Ingersoll, age 83, had the Mississippi River in his soul. From the age of ten fishing with his father, and for the next seventy-plus years, &#8220;Boone&#8221; became part of the ecosystem that provided his... View Obituary & Service Information

The family of Daniel "Boone" James Ingersoll created this Life Tributes page to make it easy to share your memories.

Send flowers to the Ingersoll family.