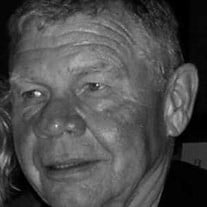 Clark Miller, age 76, of rural Lanark passed away Friday, March 6, 2020 at the FHN Memorial Hospital, Freeport, Illinois. Clark’s calling in life kept his heart close to agriculture since the day he was born. From raising championship bulls, marketing commodities, and managing the Carroll County Fair, Clark was most proud of watching his children and grandchildren grow and play sports. Oscar Clark was born August 18, 1943 in Bowling Green, Ohio, the son of Oscar Clark and Mary Ellen (Clark) Miller, Sr.. Clark’s father sold International Harvestor Tractors and transferred and moved the family to Paris, Illinois in 1950s. At the age of 15, Clark worked for Dart Veterinarian and later graduated from the Paris High School, Class of 1961. He attended the University of Iowa for a year then transferred to the University of Illinois, where he received a Masters Degree in Animal Science. As Clark journeyed through life, he married, had children, divorced, dated, and final found the love of his life, Susan (Morris) Shetter. They were married July 14, 1973 in the Lanark United Methodist Church. Together they raised a family, including one son, Rob and three daughters, Sara, JoAnn and Deanna. Clark’s career started with Vita Plus Feed Sales, as he became successful at matching specific animals with specific nutrients. He went on to sell real estate for Old Northwest Land Co, Galena, before finding his longest career, marketing commodities for Furst-McNess Co., Freeport. He was the guy that had the office-coffee on at 6am everyday, he was dedicated and it showed throughout his life. His greatest joy was growing into a grandfather. As he served on the Carroll County Fair Board for over thirty years, he was proudest when his grandchildren would attend, and he would see the smiles on their faces. He was a big part of the fair, and especially liked the youth 4-H Barn Animal Showing. Clark raised cattle and hogs, but specialized in raising and cross-breeding Angus Bulls. He served on the Board of the Wisconsin Beef Improvement Association for several years. Some of Clark’s best moments were coaching Girls Softball when the daughters were younger, watching Rob play for the 1985 (13-0) Lanark Beavers Football Team, watching Sara play Northwestern Volleyball, Deanna in the Highland Royal Scots, traveling with Susan, watching Duck Dynasty, and supporting the Republican Party. Clark is survived by his wife, Susan Miller of rural Lanark; five children, Rob (Susan) Shetter of Tennessee; Sara Shetter of Madison, Wisconsin, JoAnne (Rod) Guentner of Lake Carroll, Deanna (Tom) Ames of Lanark, and Gary (Jennifer) Tallent of Indiana; eight grandchildren; one great-grandson; and two brothers, Joseph (Mary Jane) Miller of Bloomington, Illinois and James (Barbara) Miller of Polo, Illinois. Clark is preceded in death by both of his parents. A funeral service will be held 10:00 a.m. Wednesday, March 11 at Dutchtown Church of the Brethren in Milledgeville with Reverend Rick Koch officiating. Visitation will be one hour prior to the service, from 9:00 – 10:00 a.m., Wednesday at the Church. Burial will be in the Lanark Cemetery. Memorials may be given in honor of Clark’s life. Law-Jones Funeral Home is handling arrangements and friends are invited to share in Clark’s life at lawjonesfuneralhome.com.

Clark Miller, age 76, of rural Lanark passed away Friday, March 6, 2020 at the FHN Memorial Hospital, Freeport, Illinois. Clark&#8217;s calling in life kept his heart close to agriculture since the day he was born. From raising championship... View Obituary & Service Information

The family of Clark Miller created this Life Tributes page to make it easy to share your memories.