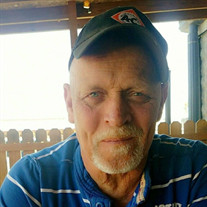 Anthony “Tony” W. Green had a big heart and would help anyone. He cared about his community and wanted to see the best in everyone. “Let me tell you a little story my friend,” often began his conversation. At the age of 63, Tony passed away Thursday, July 15, 2021 at the University of Iowa Hospitals and Clinics, Iowa City. He chose to give life in organ and tissue donation and many people will benefit. Tony was born June 2, 1958, the son of Lyle Sr. and Lorena (Johnson) Green, in Savanna. He attended Savanna High School. Tony married Vicki Wurster on September 14, 1996. They raised four children and celebrated 24 years of marriage. Tony owned and operated Green’s Tap in Savanna for 33 years, and recently opened My Friends Place. He was a hard worker and honest, and often would brag about being a jack-of-all-trades, since he also worked as a butcher, pumped gas, garbage collection, bakery, and even blowing things up. Tony could make a friend anywhere. He loved having morning coffee and visiting with others. He also enjoyed mowing his lawn and cutting wood. Tony could be stubborn when he set his mind to something, he would say, “ It’s not Tony’s way, it’s the right way!” Tony will be dearly missed by his wife Vicki of Savanna; four children, Anthony Green of Savanna, Rachel Green of Savanna, Corey (Nicole) Wurster of Fulton and Michelle Green of Savanna; eight grandchildren, Anthony, Lucas, Matthew, Lexi, Billy, Garrett, Colton, Bryant; his mother, Lorena Green of Savanna; three brothers, Lyle (Mary) Green of Elizabeth, Enoch (Ramona) Green of Elizabeth, and Randy (Jennifer) Green of Elizabeth; two sisters, Bonnie Howard of Mt. Carroll, Illinois and Laurie (Jim) Kehl of Massbach; five sisters-in-law, Donna Green, Mary Green, Jane Green, Robin Green and Angelina Claffey; and many nieces and nephews. Tony is preceded in death by his father, Lyle Green, Sr.; a sister, Lyla; brothers, Larry, Russell, Danny, Earl, Doug, Ray, Andrew and Bill Green; a sister-in-law, Debra Green and a nephew, Brian Green. Visitation will take place 11:00 a.m – 3:00 p.m., with a funeral service at 3:00 p.m. Tuesday, July 20, 2021 at Law-Jones Funeral Home, Savanna, with burial in Albrecht Cemetery, Massbach, Illinois.

Anthony &#8220;Tony&#8221; W. Green had a big heart and would help anyone. He cared about his community and wanted to see the best in everyone. &#8220;Let me tell you a little story my friend,&#8221; often began his conversation. At the age... View Obituary & Service Information

The family of Anthony "Tony" W. Green created this Life Tributes page to make it easy to share your memories.

Anthony “Tony” W. Green had a big heart and would help anyone....