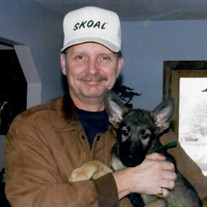 Alphonse C Panico Jr., of Savanna, IL, passed away Thursday, June 2, at his home. A celebration of Al’s life will be held at a later date. Alphonse was born December 17, 1946, son of Alphonse and Helen (Buras) Panico. He was the middle child of three kids, and grew up in Chicago, IL. Al attended Austin High School, and graduated with the class of 1964. After school, Al joined the United States Army, and served in the Vietnam War with the 101st Airborne division. After serving his country, Al returned to Chicago. He had some diverse careers from restaurant management to law enforcement. He also owned the Broken Yolk Café in Elizabeth, IL with the love of his life, Bootsie. They knew right from the start they were met to be. Al and Bootsie were together for many years, until Bootsie’s passing in 2017. At the end of the day, Al was a cowboy. Starting with a rocking horse at a young age, Al loved horses and all animals. He found his passion in riding and breaking in horses. Al was a rancher at heart. He had many pets throughout his life, including dogs, birds, and even a guinea pig. Al loved nature, and spent his free time birdwatching and living a simpler life. In his later years, Al developed a green thumb, and started a garden of his own, bringing nature closer to his home. Al was a founding and lifelong member of Vietnam Veterans of Northwest Illinois and served as a past president of the organization. He was also a lifelong member of the Galena VFW. He was very proud of his time serving his country. Al came from a long line of men who joined the army, and would occasionally remark that he was the last to carry on the family tradition. Al was a great storyteller and writer. He could keep anyone entertained with the tales he would spin. He loved a good time, and having a laugh with all of his many friends. Alphonse will be dearly missed by those he held close. Alphonse is survived by his sisters, Mimi Panico of Oak Park, IL, and Anna Panico, of Oak Park; and many cousins. Alphonse is preceded in death by his parents, Alphonse and Helen, and his beloved wife, Lucille (Bootsie).

Alphonse C Panico Jr., of Savanna, IL, passed away Thursday, June 2, at his home. A celebration of Al&#8217;s life will be held at a later date. Alphonse was born December 17, 1946, son of Alphonse and Helen (Buras) Panico. He was the middle... View Obituary & Service Information

The family of Alphonse C. Panico created this Life Tributes page to make it easy to share your memories.

Send flowers to the Panico family.